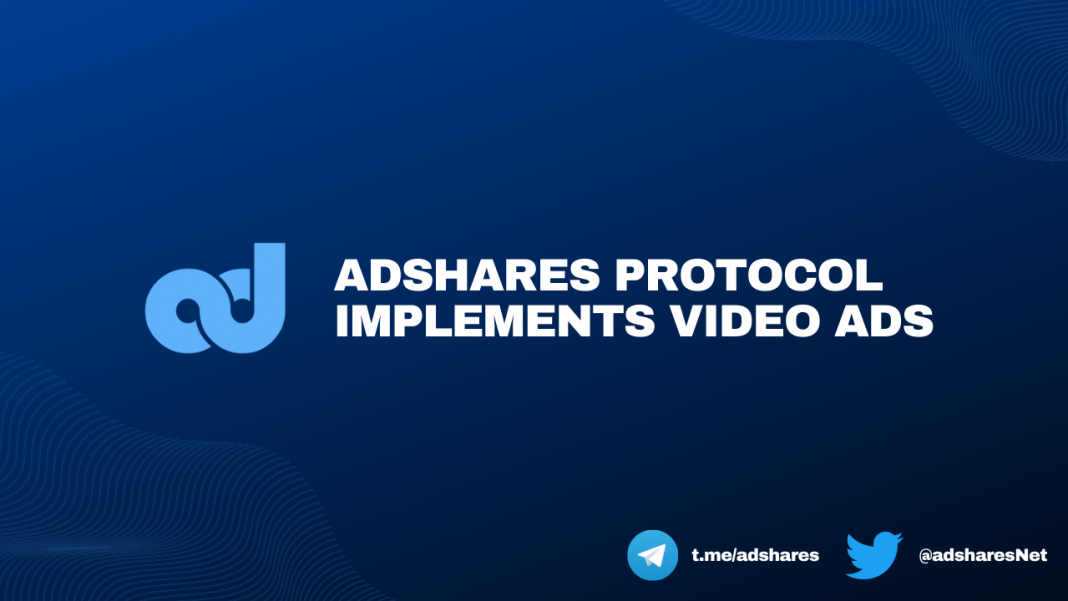 As one of the most trusted and best evaluated crypto advertising projects – Adshares is doing their best to keep their word. The 2021 road map has been completed as promised.

Now it’s time to charter a new map – especially that a part of this year’s plans are already completed.

In the first quarter of 2022, Adshares have already seen changes in terms of both the protocol and brand communication. The Adshares protocol now enables buying and placing video advertisements across the Web and metaverses. Advertisers can upload and distribute .mp4 files as an addition to present graphic and HTML.

The world jumped on the blockchain bandwagon – yet web3 advertising went back to static banners and direct salesmanship. There are even ad networks already in operation across the Virtual Worlds – collecting site owners with advertisers. Yet the majority of ad deals are done personally, directly, and negotiated one by one.

Same goes for advertising formats – the users got used to rich media ad formats on portals. Come web3 – and we are back to .GIF and .JPG. So far, the HTML banner based on Adshares protocol gave the opportunity to embed an .mp4 file stored elsewhere. Now – the advertisers may upload mp4 files directly to the ad server.

Another novelty is the possibility to register and log in via Metamask – which greatly increases access to their system for the largest base of crypto wallet owners.

The company has recently launched a rapidly growing Discord channel – signifying the move to a more engaging and collaborative, sharing community. Together with the AdServer monitor and the Software Development Kit planned for the 4th quarter – will allow Adshares to move from a tested and working crypto product to an ad tech solution, reaching out to a new target audience: media & advertising.

The AdServerMonitor will collect all information pertaining to the ad server and present them on the web – providing live information about all the other server modules, data flows and errors – enabling live optimization of campaigns.

More additions are planned for the 4th quarter, including Some additions to the Ad server software are also planned – including Adserver as a Service, Adserver Community Edition and Adserver Enterprise Edition.

If you want to go far – go together

Another thing awaiting the blockchain project this year is the emperor’s new clothes. Refreshment of the Adshares identity signifies that the brand is moving from a tested and working crypto product to an ad tech solution, reaching out to a new target audience: media & advertising. Repositioned and refreshed, the startup will be ready to invite the Ad Tech world to start building on the Adshares blockchain. You may expect intensified communication on Adshares’s channels, mainly Instagram and LinkedIn. Building brand awareness, forging new partnerships beyond the web3 market – aim to accelerate blockchain adoption in ad tech in general.

One of the main investments this year is the Ambassador Program – where the project will invite ambassadors, media representatives, influencers and many more to become their international ambassadors to help them build Adshares awareness as well as. The company also decided to prepare a special “Secret milestone” for the summer.

All of the above will be communicated on Adshares refreshed and relaunched website. From there – the company plans to move on to creating DAO assumptions and the whitepaper.

Yet another “secret milestone” is planned which may help Adshares finish 2022 with a bang.

This is a sponsored post. Learn how to reach our audience here. Read disclaimer below.