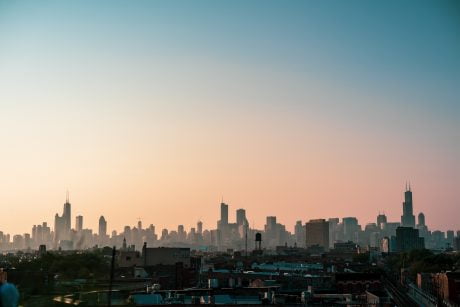 Bitcoin has seen a strong surge over recent weeks amid a muted background for the stock market. The price of the leading cryptocurrency has rocketed higher by approximately 70% in the past five weeks while the S&P 500 has only gained a few percent over that same time frame.

This rally in the price of BTC against other assets has allowed it to set some interesting milestones. For context, the market capitalization of Bitcoin is basically at all-time highs despite BTC being slightly shy of its all-time highs.

Related Reading: Here’s Why Ethereum’s DeFi Market May Be Near A Bottom

As noted by Anthony Pompliano, an investor in the cryptocurrency space, the number of companies (public) that have a bigger market capitalization than Bitcoin has shrunk to 11:

“There are only 11 companies in the world who have a larger market cap than the Bitcoin settlement system right now.”

More updated data suggests that this number is closer to 16 or 17, as the stock marked has rallied since the data that Pompliano used was updated.

These include but are not limited to Saudi Aramco, Microsoft, Apple, Amazon, Alphabet Google, Facebook, and a number of others.

It’s worth noting that just recently, the market capitalization of BTC surpassed that of JPMorgan, which used to be one of the harshest critics of the cryptocurrency until the company began changing its tune recently.

There are only 11 companies in the world who have a larger market cap than the Bitcoin settlement system right now. pic.twitter.com/AmYwLssvH7

Related Reading: Tyler Winklevoss: A “Tsunami” of Capital Is Coming For Bitcoin

Analysts are sure that Bitcoin has room to grow in this market cycle.

Commenting on the factors that could drive Bitcoin from the current price region to $100,000 and beyond in this market cycle, Raoul Pal, CEO of Real Vision, recently said:

“Bitcoin’s performance is SO dominant and SO all-encompassing that it is going to suck in every single asset narrative dry and spit it out. Never before in my career have I see a trade so dominant that holding any other assets makes almost no sense. The macro, flows, technology, demography and societal strains have all converged to this moment in time and the definite answer from markets is – #bitcoin.”

Tyler Winklevoss is also a big bull on Bitcoin. The Gemini co-founder and BTC billionaire recently said he thinks the Coin

A coin is a unit of digital value. When describing cryptocurrencies, they are built using the bitcoin technology and have no other value unlike tokens which have the potential of software being built with them.

‘ href=”https://www.newsbtc.com/dictionary/coin/”>coin to surpass gold. He thinks that Bitcoin is fundamentally better than gold for a number of reasons, including the fact that it is absolutely scarce unlike the precious metal.