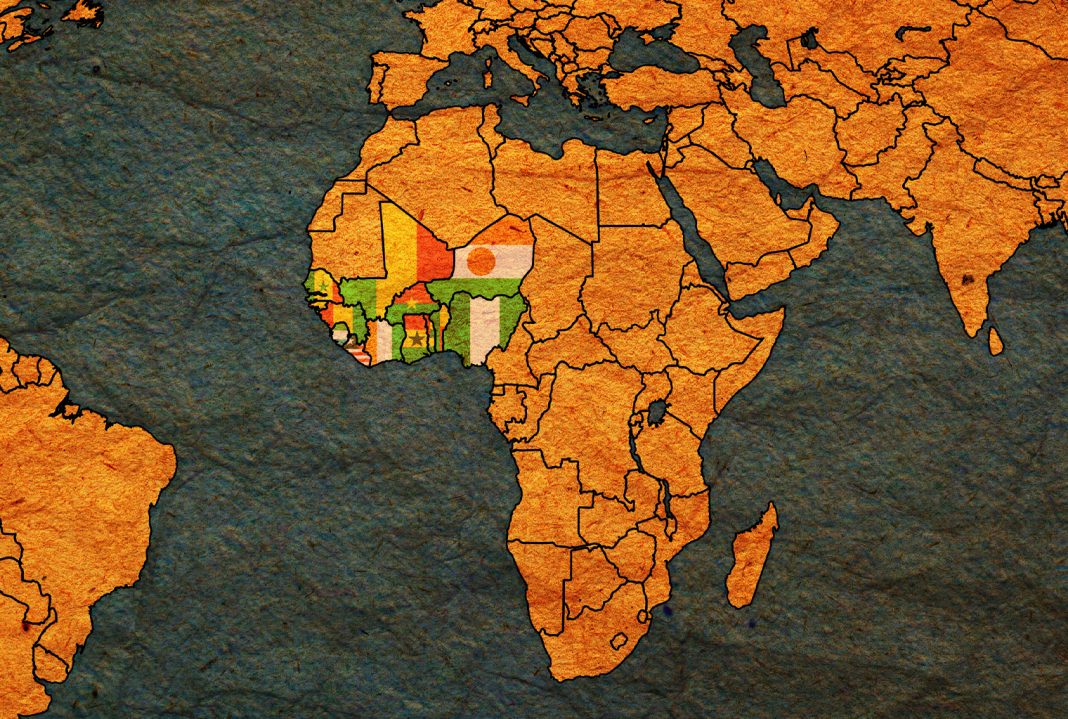 By 2020, a large group of West African countries plan to adopt a single fiat currency called the eco. After a meeting in Abuja held on June 29 between the 15 member-country regional bloc, the implementation of a new single currency, after debating the monetary unit for years, was agreed. Despite the eco discussion and economic uncertainty within the massive continent, Africans still have a deep interest in digital currencies.

15 West African Countries Plan to Introduce the Eco in 2020

Right now a number of countries within the great continent of Africa are facing economic uncertainty and have issues with their sovereign issued currencies. This can be seen in regions that are suffering from hyperinflation like South Sudan and Zimbabwe but also in countries dealing with wavering monetary unpredictability. Some nations are having troubles with their sovereign issued tender and citizens tend to use multiple currencies like the CFA franc, euro or U.S. dollar for trade. On Saturday, the 15 member-country regional bloc called the Economic Community for West African States (ECOWAS) agreed to issue a new fiat currency called the eco. The single currency has been discussed for a number of years and was supposed to be launched in 2000.

Local media reports “a real firm political will” for the member countries to adopt a single monetary unit this time around. Some of the West African States use the CFA franc and six of the member countries, including Nigeria, Liberia, and Ghana, have been having multiple currency issues for quite some time. The ECOWAS leaders will collaborate with the West African Monetary Agency (WAMA) and the region’s central banks in order to speed things up for 2020 adoption. Eco is not going to be a digital currency nor will it use blockchain technology and the new fiat reserve aims to bolster cross border trade.

“The single currency if properly implemented will improve trade by allowing specific countries to specialize at what they are good at, and exchange it for other goods that other countries in the bloc produce more efficiently,” economic analyst,Tokunbo Afikuyomi told the press on Monday.

Meanwhile, digital assets are still trending in Africa compared to the rest of the world. As cryptocurrency prices have gained considerable value, Google Trends now shows a new upswing of interest for people searching the term “bitcoin.” The top three countries in the world reside within the African continent: Nigeria, South Africa, and Ghana respectively.

When it comes to the term “buy bitcoin,” Nigeria and Ghana are the top two countries in the world as well. Moreover, last week Zimbabwe banned foreign currencies in the country and since then BTC prices in the region reportedly saw significant premiums on various trading platforms. Local.Bitcoin.com, the peer-to-peer marketplace that allows traders to swap fiat currencies for bitcoin cash, also has a slew of people buying and selling BCH in Ghana, Kenya, Nigeria, Benin, Liberia, South Africa, and Burkina Faso.

However, despite the fact that people are interested in digital currencies, Africans are still seeing a lack of progress. According to the Blockchain Association of Kenya, there’s been $1.5 million worth of digital assets traded in the country but “lack of education” is making adoption difficult. After Kaspersky released its Cryptocurrency Report 2019, Bethwel Opil, spokesperson at Kaspersky Africa, stated that the latest consumer survey in Africa agreed with the Blockchain Association of Kenya’s assessment. “The survey found that there is a desire amongst many consumers to use cryptocurrency, but a knowledge gap is getting in the way of taking the plunge,” the Kaspersky Africa correspondent wrote. “In addition, many people who thought they knew what they are dealing with, later decided against using cryptocurrency.”

According to the report, a fifth of South African respondents (14%) explained that they stopped using digital currencies because they were “technically complicated.” Opil also said the lack of education brings scammers who prey on individuals who just recently learned about cryptocurrencies. The fraudsters, coupled with price volatility, are some of the biggest reasons Africans are so suspicious of digital currencies. “This lack of understanding could be leading to mistrust in cryptocurrencies’ ability to keep consumers’ money safe,” Opil added. Regardless, there’s still been massive interest stemming from the African continent as the staff columnist at Born 2 Invest explains, “there’s been an astronomical increase with regards to new users from Africa over the last year or so.”

“It’s been estimated that transactions from South Africa have risen by 25%, and a 60% increase where Nigeria is concerned, whilst in other areas there were climbs of up to 100%,” the author reported.

Cryptocurrency is the digital version of old Swiss Dinar: The unstoppable money circulating without the government’s consent. Watch #bitcoin usage and prices spike in Zimbabwe, where, like everywhere else, “the full faith of government” is just economic jargon.

With Ghana and Nigeria being members of the ECOWAS bloc and introducing the new fiat currency eco, it will be interesting to see how the government deals with all the cryptocurrency action taking place in those countries. According to the News Agency of Nigeria (NAN), leaders who attended the 55th session in Abuja believe they finally made considerable progress on the single currency front. Nigeria’s Ministry of Foreign Affairs, Mustapha Suleiman, instructed the ECOWAS commission to work with various entities to accelerate the implementation of the eco currency. When governments usher in new fiat currency, they typically are opposed to foreign currencies much like the Venezuelan petro and the example in Zimbabwe last week. It’s quite possible that the introduction of the eco in 2020 could put a damper on some of the thriving cryptocurrency regions in Africa if they feel that their new eco money will be threatened.

Want to create your own secure cold storage paper wallet? Check our tools section. You can also enjoy the easiest way to buy Bitcoin online with us. Download your free Bitcoin wallet and head to our Purchase Bitcoin page where you can buy BCH and BTC securely.